We believe in helping you and your brand by protecting, repairing and monitoring your online reputation.

We believe in helping you and your brand by protecting, repairing and monitoring your online reputation. We access and analyse your online presence and develop the best strategy to help generate positive search results.

We aim at promoting you and your firm through all major online channels and PR publications through effective content marketing, locally and globally

To us it’s personal.

To understand it better, here is a brief background of our company. In 2009 while at home with my children, a group of individuals broke into our home. They threatened to harm us all if I did not hand them a large amount of cash. I recognized one of the attackers and reported him to the police the moment had they left our house.

Although they were caught within an hour of the break-in, it took 6 months of legal trials, police interviews and court appearances to get to a verdict. To my utter shock and surprise, they were sentenced to just 6 months of house arrest after they pleaded guilty.

The experience was so painful and frightening, that I feared for the safety of my children and had them fly to Dubai to live with my Ex-wife. In a matter of months, my life had turned upside down. The pressure and the shock of the attack also resulted in a heart attack.

Subsequently, I lost all interest in living in the UK and wanted to be back near my family in a safe environment. Having lost everything I had worked for and built I left for Dubai to start a new life.

Life was very tough. I had to start everything all over again. As a sales and marketing consultant in a new country, no one knew me and I had zero track record. I was networking in the early hours of the morning, consulting 7 days a week while trying to pay the school fees, rent a house and build a business in Dubai. I was starting my life from scratch again at the age of 44!

During this time, some clients who I had met and liked what I had to say and offer and had committed to working with me started to cancel their commitment. I asked them for reasons, but they wouldn’t tell me. It was killing me inside.

This continued until one day my 13-year-old son called me to look at his computer screen. To my horror, someone had opened various defaming web pages about me. These sites were under my name and had my photos all over them. They were all filled with lies and false allegations which are too hurtful to repeat here.

They had also opened a Twitter page and Facebook page. They were stalking me. Everything I posted they would copy and turn into something negative and disgusting. I was victimised again by these people.

I knew who it was. It was the same men who were at home sipping tea while on house arrest. It was the people who were guilty of attacking me at my own home. But I couldn’t prove it.

I had no idea what to do. I contacted the UK Police and they couldn’t do anything without evidence. I contacted my local MP in the UK who told me that people were stalking him too and if there was any way I could help him. I tried contacting the hosting companies, but they wouldn’t share the name of the owners of the domain names.

I had no money to take this any further. BUT, above everything, my children were plagued with these online activities. They had to read lies and hear horrible things said about their dad every day. Even some of their friends had seen these sites and rumours had started to spread at school about me and our family.

It took me over a year and everything I had earned to find out how to legally remove these false websites sites. I learned how to get social media companies to remove the damaging pages. I made sure that I was protected against all future cyber attacks legally and above all by working with the UK government to implement the European Legislation to prevent cybercrime.

Although this period of my life was extremely painful and stressful, it helped me become somewhat of an expert in the business of reputation management.

The numbers are staggering. There are around 4 million people in the US alone who are stalked and bullied online. Hundreds of thousands of businesses and their directors are falsely targeted online- be it lies and damaging reviews or just outright “false news”.

However, the notion of what is online will stay online is WRONG.

With our newly acquired knowledge on reputation management, we have since set up a very successful division in our company Be Unique group. Here, we help victims of cybercrime to free themselves, their business and their lives from these illicit activities.

We have happy clients whom we had helped to be free again and start their lives without any online obstacles stopping them. Along the way, we have built lifelong friends.

The criminals are also getting smarter but so are we. Through constant education and as a top Google Premier Partner we work closely with search and social media companies to clear the names of innocent people. Our legal department has qualified lawyers who ensure that we are supported by the country’s legal system no matter where we are in the world.

This business is my passion. We believe that it is our mission is to help all the innocent people and companies who do not deserve to be damaged by this crime.

Every internet reputation management campaign begins with a thorough research phase. First, we identify the subject’s (that’s you or your company) top search phrases. These might include variations on names, key titles or services, and other phrases that searchers readily associate with you.

Part of the RM process involves deciding whether something can be removed from either the website it lives upon or from search engines like Google.Other removal tactics may include YouTube video removal, NoIndex removal, removing search results from Google, and other techniques.

We then conduct a gap analysis, drawing out key differences between their results and yours. The gap analysis illuminates potential reputation threats and opportunities.

With the results of our gap analysis in hand, we draw up a list of controllable web properties to develop with content that portrays you in a positive light and draws organic traffic, shares, and those all-important inbound links.

Once the data from multiple stages of the research phase is gathered, our team will begin to develop the strategy, specific to your needs. We ensure that all the necessary decisions moving forward are driven by hard facts and data.

A full-fledged strategy is created to remove and neutralize the negative PR, generate positive content and communication through various digital and print media channels. Our Reputation Management team works with the creative and business consultancy teams to develop creative strategies to drive positive attention to your business.

Our reputation management team will work to create a proactive and deliberate process that involves analyzing every single information that talks about you as a business, both in print, and digital media.

You’re content depends on the messages you convey. Brand messaging is a crucial part of establishing a positive reputation both online and offline.At this stage, a persona is established - a representation of your audience to create content that effectively empathizes with them.

These messages are communicated through a content plan that consists of videos, infographics ( for positive media search) branded articles ( paid and organic media), press releases ,blogs, and microsites to be used for crisis control.

Harnessing The Power Of SEO

SEO is an integral part of our creating content, branded keywords are optimized to ensure that positive publicity for your brand comes first in search engine results. A Comprehensive SEO strategy is fully integrated throughout the content developed specifically for you. This will further improve your reputation and ratings online.

Building websites, improving your existing social media profiles, creating blogs, and enhancing existing content for your brand are essential steps we take as part of an on-going reputation management process.

Ensuring Key Elements Are In Play

Our team develops the necessary key elements that you can control and influence. These components may include mini websites, blog/ opinion pages, charity websites, and media sharing profiles.

Each of these comprises what we call your web properties or platforms where we can distribute your content and rank it in search engines. Ultimately, well-rounded and positive online presence

We understand how promotion is crucial in communicating your message across. No great content is useful without proper promotion, especially in the age of digital information.

We leverage on your owned content- things you can easily control. The team actively works to get as much owned properties possible into search results and social media. This is achieved with the help of our SEO strategists.

Through our RM (reputation management) manager, we bolster your earned content by creating positive relationships done through public outreach and community management of your social media profiles. Guest posting on third-party websites, press releases, and media mentions are just some of the things we drive our efforts on to fully support a positive publicity of your brand.

Finally, retargeting your content ensures you are in tune with what’s trending and that your brand stays relevant and your content fresh. Link partners, SEO outreach ,optimization, and link development are done to champion our retargeting strategies.

We’re Privileged To Work With The Most
Prestigious Organizations & Brands 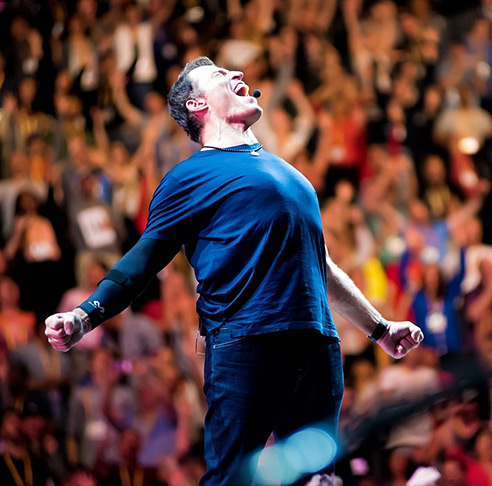 Our goal was to bring together aspiring leaders and positive change-makers to the biggest motivational event in the region. Be Unique Group helped us in creating a positive buzz around the event on social media. Be Unique also helped us in our objective to sell-out all tickets at the event. Targeting UAE residents, people across the Middle East & around the world to visit Dubai and the full-day event.

With 35+ years of proven track record in improving the online reputations of businesses and individuals across the globe.

Book Your FREE Consultation
With Our Team

Leave us your contact details below and our team will be in touch shortly.