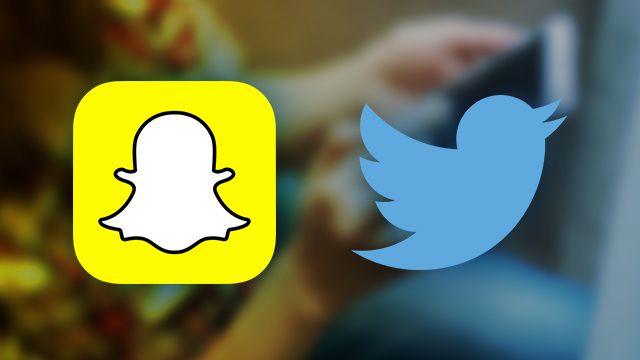 Cross-posting or posting the same exact content to multiple social media platforms is nothing new. Twitter is the latest in launching this feature in its platform. The micro-blogging platform is integrating with Snapchat to let users share tweets directly to their Snapchat stories. This new cross-posting feature helps to spread iOS user’s tweets far and wide to every social media platform imaginable. Rolled out from December 10, 2020, the ability to share tweets from Twitter to Snapchat is now available on iOS, with the companies planning to add the feature for Android soon.

Earlier, if a user wanted to share a tweet on Snapchat, he/she would have to take a screenshot of it from the Twitter app, open Snapchat, start a new post, and then find and import the image. They won’t even have access to any of Snapchat’s camera or editing features. But now, with Twitter’s Snapchat collaboration, users can share tweets visually in Snaps and Stories – by stamping those tweets right into the frame.  The new cross-platform integration also lets users access the Camera and the complete suite of Snapchat creative tools. It eliminates the need to take screenshots of tweets in order to share them and these shared tweets will link back to the said tweet on Twitter too. 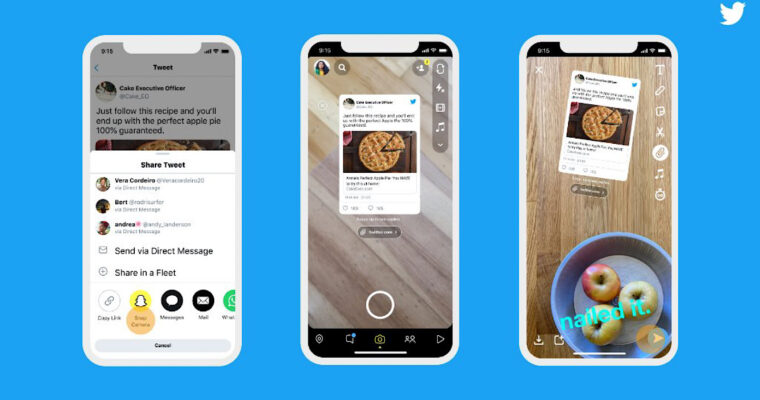 However, sharing a tweet to Snap stories doesn’t mean that a user can publish tweets to Snapchat. That is, users can’t compose a tweet and simultaneously post it to both apps (Twitter and Snapchat). Instead, they can select a public tweet of their own, or one from others – except for tweets from private accounts, and share it as part of their Snapchat story. Whenever you tap to share a tweet in the Twitter app, the Snapchat icon appears and by tapping the icon you load the tweet directly into the Snapchat platform.

Snapchat users can view a snap with a tweet embedded in it, in the Twitter app and from there they can view the tweet author’s profile and check out more of their content. This cannot be done if tweets are shared via screenshots. However, to view the actual tweet users have to manually look up the author on Twitter and scroll through their feed to find what they’re looking for. Users can move and resize the stickers/shared tweets that show up on their Snapchat posts.

3. Tap on the Snapchat icon that appears at the bottom of the share menu.

4. A camera will be opened directly when you tap on the Snapchat icon and the tweet you want to share will appear on top of the camera as an immovable sticker.

5. Add or capture a photo/video.

6. Customize your Snap, by:

7. When you’re ready to share, tap the blue  “Send” button, that appears at the bottom right corner of your app.

Once you tap on the Snapchat icon to share the tweet, people will be able to see the tweet as a sticker in your Snap. This Snap will link back to the tweet on Twitter where you can see the whole conversation.

This collaboration of Twitter with Snapchat has the potential to really boost engagement for users on the platform.

Along with the Snapchat integration announcement, Twitter adds that a similar integration with Instagram for a small group of people on iOS devices will also be testing soon.

Still, in the test phase among a handful of users, the details of Instagram integration and its wider rollout are still under the wraps. Though it’s not even clear if sharing tweets directly to Instagram Stories will be a similar process like Snapchat stories, the company did provide a peek at what it should look like. 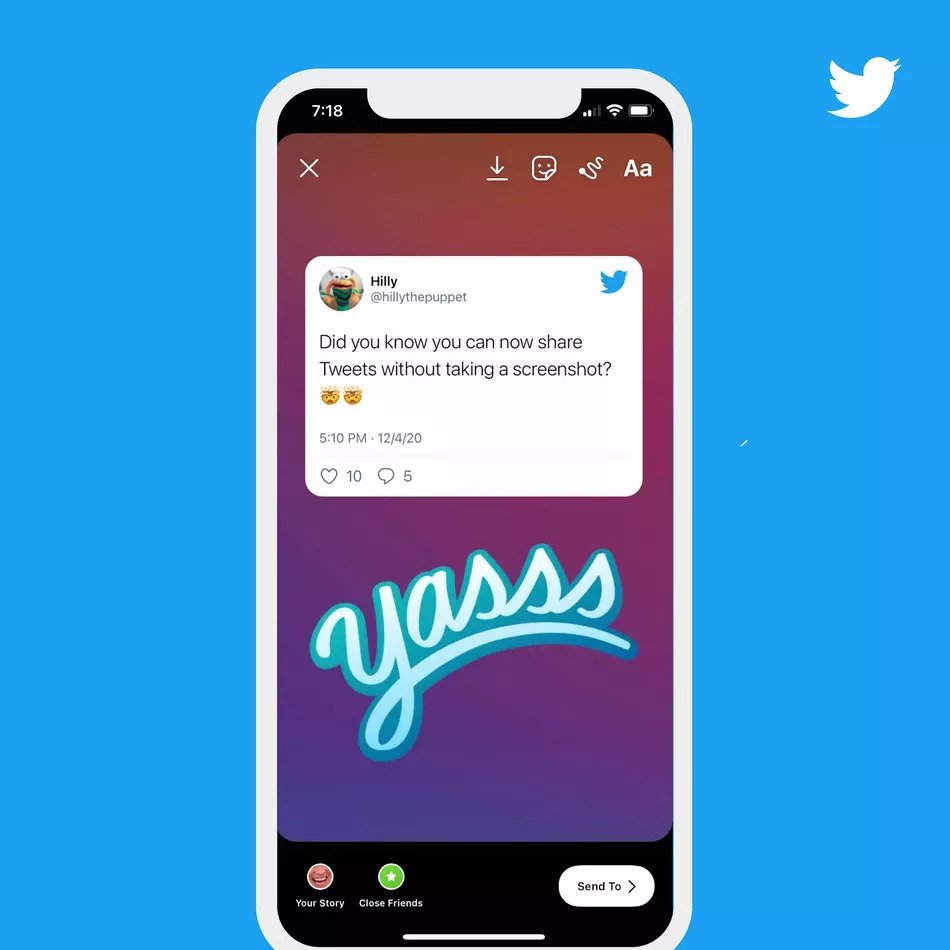 Being the first consumer-facing partnership between Twitter and Snap, a Twitter spokesperson said that the company is hoping that these will be the first of many integrations of its kind.

If you are not using Twitter for business, it is not too late to start now. Use Twitter to help your business grow. You can either do this by yourself or hire professionals.