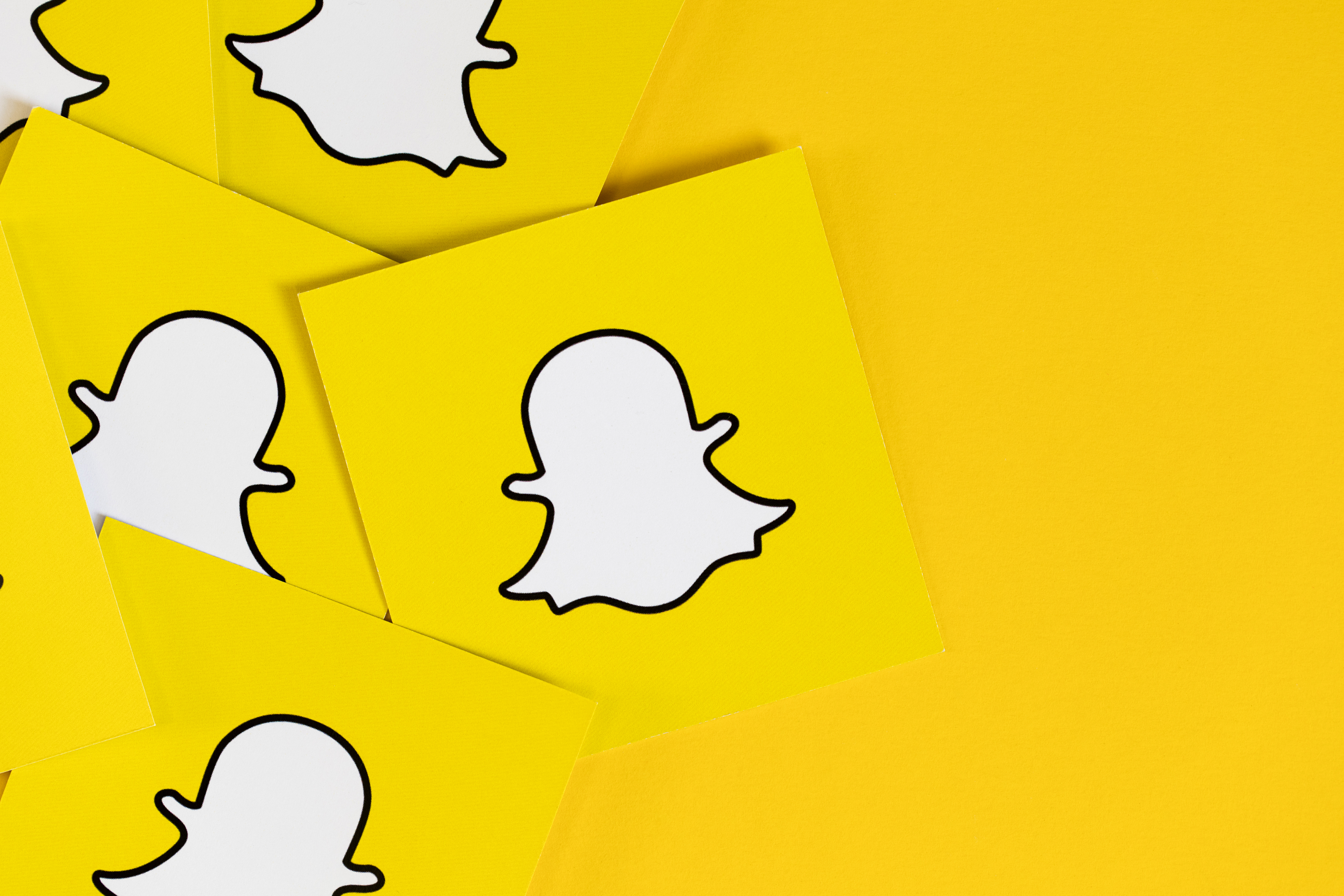 For the first time after its launch, Snapchat, the multimedia messaging app is finally letting its users display follower counts on their profiles publicly. This has long been an important feature among other competing social platforms such as Instagram, Twitter, and Facebook.

The company decided to make the subscriber counts visible as they have received a lot of feedback from creators, where many of them expressed an interest in having the option to show that their community on Snapchat is expanding.

Snapchat has never before displayed follower counts or any sort of public-facing metric about their audiences publicly, as they were against the idea of publicly displaying vanity metrics such as followers/subscribers. Only snap creators themselves know how many followers they have.

But now with the launch of public follower counts, Snapchat has clearly had a change of heart and represents this substantial change to the platform allowing users to flex their number of followers for the world to see. This update was first reported by social media researcher Mike Metzler on Twitter. 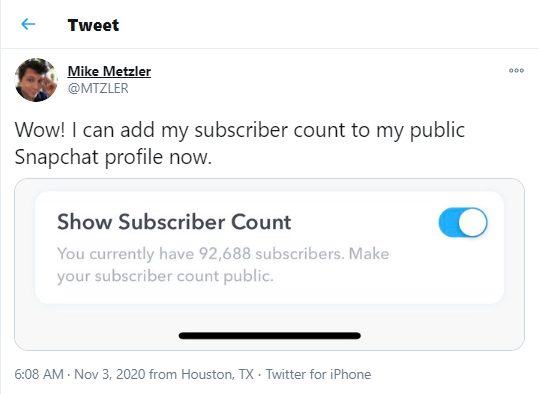 However, showing follower counts is an option that’s now available to any individual user or business with a Snapchat public profile. This option is currently available only to a limited number of accounts and will be available to all users globally in the upcoming months. It lets users display a bio section, content highlights, lens usage, and also enables snap creators to open up process access to team members for versatile account management.

Who Gains The Most From This New Update?

Showing off follower counts publicly benefits more Snapchat and aspiring influencers because having large and fast-growing followers can lead to advertising and sponsorship opportunities for them. Before this update, brands typically had to message users to ask for their follower counts, because these entities use counts to determine which users to sponsor.

This being said, having followers count on display is a win-win for both Snapchat creators and sponsors, as it makes it much easier for brands to find creators to partner with. In addition, the size of those followers/subscribers can also influence how beneficial those opportunities are for these growing celebrities. 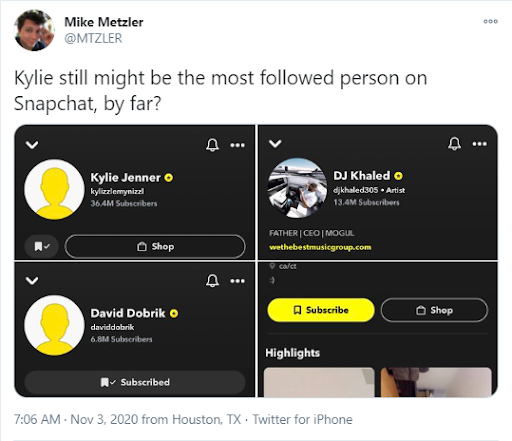 Also, follower counts can signal to users that a business or person is relevant to follow and they would potentially enjoy the influencer’s content. For instance, if a business has few subscribers, it may give off the impression that it’s not worth following.

Even if it benefits a lot to creators, not every creator wants to have public metrics visible to their fans. Therefore, the company comes with a solution where creators can decide to turn this feature on or off from their settings manually. That is, if you wish to make subscriber counts an option, you have to turn on the feature.

The company is starting to roll out more beneficial tools and features for creators on the app like allowing users to add music to their snaps, story replies & quoting, and so on. With all these new changes, Snapchat is on its way to becoming a better and possibly a preferred platform for influencers.